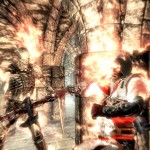 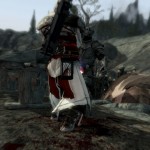 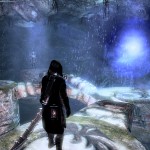 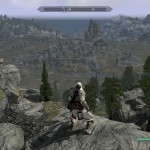 New Town Added (to the right) 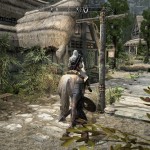 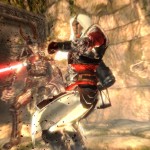 Use the force Ezio 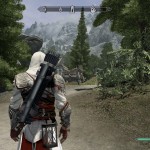 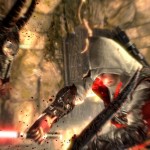 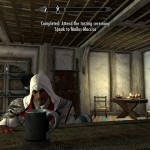 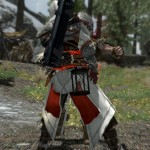 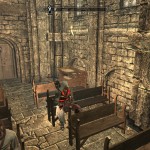 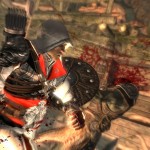 I was never a massive fan of the Elder Scrolls series. Back in 2006 a lot of my friends were raving about a new game that came out that was supposed to revolutionise the RPG genre. That game was Oblivion. At my friends recommendation I thought I’d give it a go. The world was massive and something I hadn’t seen in  a game before, the only thing that came close in terms of grandure to me was Legend of Zelda….. but this was bigger – much bigger. I started off having a chat with the Emperor who turned out to be Patrick Stewart doing the voice acting and the next thing I’m off into the wilderness.

The next thing I remember doing was exploring a random cave near some ruins of some kind of fort. As I was venturing down into the depths of the cave I was thinking to myself – Why am I here? What am I doing here? What’s the next objective? I stuck with Oblivion for about a further 15 hours, I went through an Oblivion gate, did some main story quests but the main thing that I didn’t get on with Oblivion about was the constant maintenance required to keep your armour and weapons in tip-top condition. I couldn’t be doing this in the end it was costing me a fortune and wasting a  lot of  gaming time.

Fast-forward to Christmas 2011 and I’m at my friends having a few beers when one of our other friends asks if he can put Skyrim on. At the time the commercials were all over the TV showing how an unknown Hero about to engage battle with a Dragon so everyone was aware of this game including my parents. As my friends were playing this game I remember I was dubious about it, to me this was just another “Oblivion” and was going to have all the same traits with it which were going to annoy me as a gamer….. How wrong was I.

At this same time was I getting in to PC gaming and saw that Skyrim was on offer on Steam so I took the risk and purchased this. About 2 hours in this was when I realised I would be saying goodbye to my social life for quite some time. The world was rich, there was plenty of places to explore and a good story to keep the game progressing. But most important of all, there was no maintenance required for your weapons and armour! Hurrah!

I immediately began by exploring every town/ area that I came across to ensure I didn’t miss anything, especially any treasure that could be worth selling or even better – to be equipped. Because of the way I play RPG’s I couldn’t leave side quests until the end, if I picked up a side quest it had to be done; the main quest can wait. By the time I had about 30 side-quests in my tracker was the around about the same time I realized this game hadn’t skimped on quests, items, areas and missions to cover. I continued to put hour after hour into Skyrim getting further and futher into the world and understanding what was making this world tick. But then all of a sudden I stopped playing Skyrim for months.

I honestly don’t know why I put Skyrim down for months and didn’t come back. There was no reason for it – I was enjoying the game but still I never launched it for a couple of months. Maybe I didn’t want the game to end? Who knows. One thing I do know is what Brought me back to the game – The Steam Workshop. I’ve been aware of modding games for years, I used to mod GTA Vice City on the PC so then you could drive different cars. Granted it was just a change of the textures but nonetheless modding it still was. Modding has come a long way since 2000 and even Steam has got in on act by offering it to their users with minimal fuss. Clicking  on Skyrim’s steam workshop opens a wealth of new content that’s readily available and the best thing about it, it’s all Free! Now you have the chance to walk around the town of Markarth whilst donning the armour of Assassins Creed II’s main character Ezio Auditore De Firenze whilst brandishing a Light-Saber for a sword. To my knowledge there’s no other game out there that offers the depth, story and customization that Skyrim does and that’s why I see it being a special game with a big community helping keep this game flourishing with new content.